Ralf Dorrell is a bass player, composer and music educator who has been active in the Bath/Bristol/Wiltshire area since moving there from Derbyshire in 1980. Ralf was born in April 1959, in Wirksworth, Derbyshire, and went to junior and grammar school in Derby.

Ralf studied for a music degree (BMus) at Sheffield University, followed by a Masters degree (MA) in Composition and a PhD in (Jazz) Composition at Bath Spa University. He is also a qualified music teacher (PGCE).

He is very active on the South West music scene as a composer, performer (double bass and bass guitar), bandleader, ensemble director, lecturer, teacher and workshop tutor. He has been leading workshops on improvisation, composition, and jazz since 1984.

His early career as a trombone player on the Bristol jazz scene involved playing in many bands (such as Bullitt, Ultrasound Jazz Orchestra and Keith Tippett’s Canoe) which performed at festivals around Britain and Europe and were broadcast on several BBC jazz programmes. He has also led many of his own bands (such as Waiting for Stanley and Surprise!) performing his own compositions.

His compositions have been performed on BBC Radio 3 and at venues including the Purcell Rooms, South Bank, London and St Georges, Brandon Hill, Bristol. As a performer, he has played at music festivals both in the UK (including Glastonbury and Edinburgh) and abroad (eg: Le Mans Jazz Festival), and has performed on BBC Radios 2, 3 and 4 as well as on BBC1 and Channel 4 television.

As well as playing bass as a sideman with many jazz groups, occasional theatre pit band work and recording session work, he runs his New Jazz quartet - Snappersnipes - as a vehicle for his own compositions. He is also a founder member of the acoustic, folk, roots band Dr Zebo's Wheezy Club. 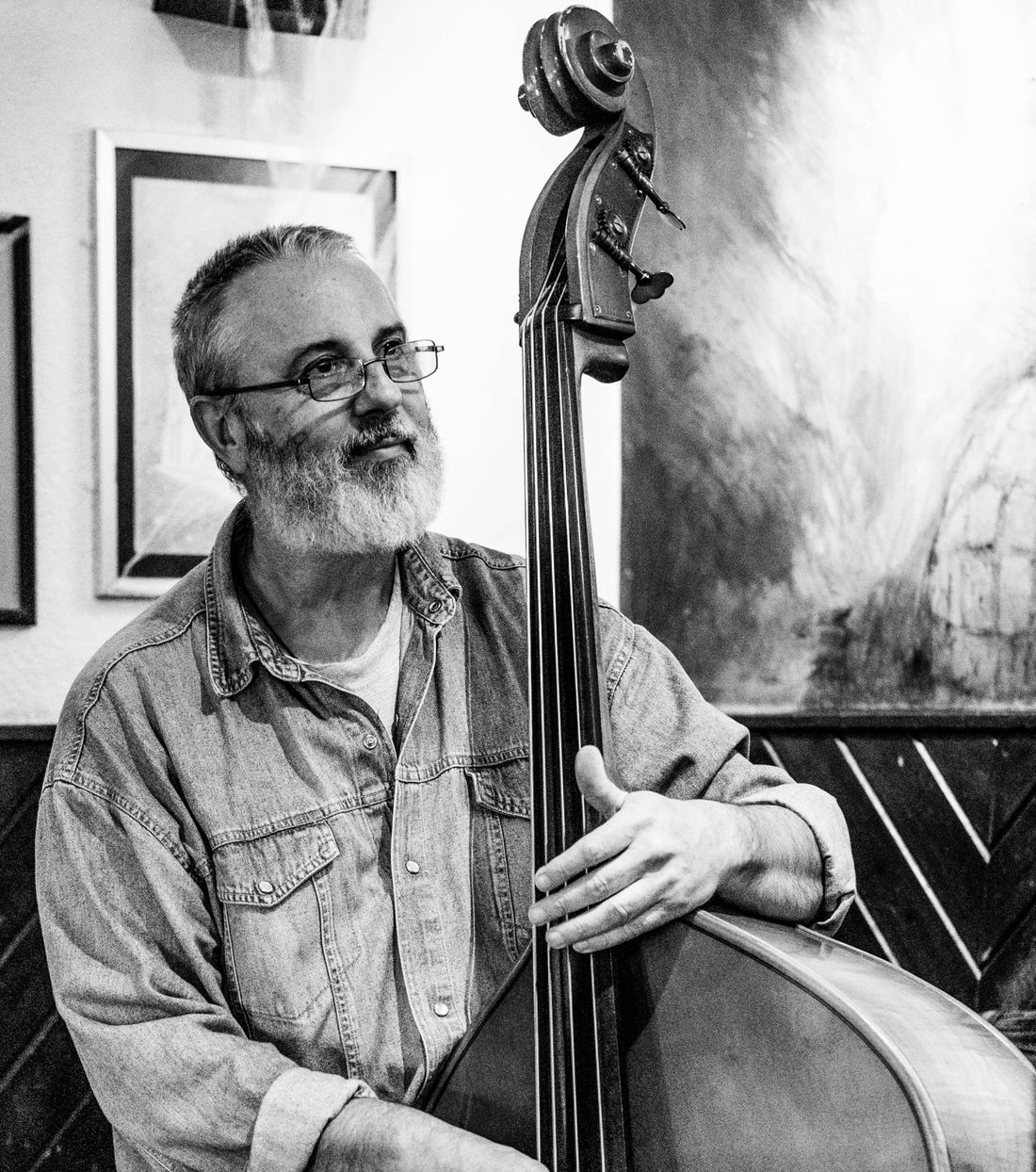